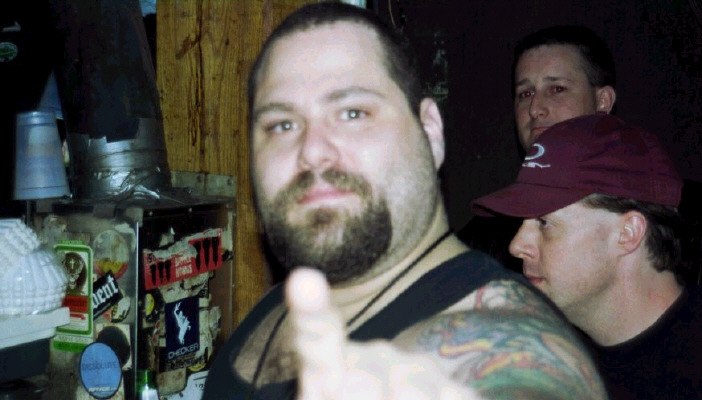 Picture taken by by Bill Sullivan.

Bill: "I took these pic's on Friday March 24th 2000 at Peabody's , Cleveland Ohio. The pictures of Billy Milano without the mask were taken while he was drinking at the bar, in the club they played at. (Peabody's). That was the second time I met him at the bar there."