An exclusive interview with Billy Milano about M.O.D., the new S.O.D. DVD & CD and his move to Texas
October 2004 - Interview by Sjouke Bakker

BM: Well both of these old releases were very difficult to get when they came out. I finally got the rights back for these records and to be honest I love these records. I am very happy that these records are going to be available to the hardcore M.O.D. fans. I know I am going to have these again in my collection. 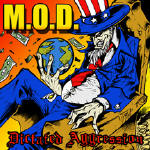 Do you have plans to re-release more M.O.D. albums?

BM: Well all the records are available on the labels that put them out. Megaforce has 'USA for MOD', 'Gross Misconduct', 'Rhythm of Fear', 'Surfin MOD' and Loved by Thousands, Hated by Millions'. Nuclear Blast has 'The Rebel you love to Hate' and Blackout has these 2 records. That is 8 records in total.

The CD's will have different artwork. No more Corporal Punishment but some other character is on the frontcover. What happened with Corporal C.?

BM: We finally got the cd's together when we decided to put some new artwork together to make it more of a worth while buy for the fans. We also included the original artwork and some liner notes to the records inside the package. I just wanted to modernize the package.

By the way, I like the new artwork. Who did this job?

BM: This kid Eric that does work for Blackout records. I like his shit also, very dark and very street.

There will be some bonus footage on both CD's. I was told that these bonus parts were recorded in France. When was this footage recorded and who were in M.O.D. at that time?

BM: The shows that are on the cd were recorded in 1994 in Toulouse France at le Club Bikini. M.O.D. at that time was Rob Moschetti, Tony Scaglione and Tony Potero. We were on tour for 3 weeks in a stinky bus with 21 people on it and we got to club Bikini and had a food fight on stage, it is very fun to watch.

Are you going to tour with this line-up? I heard there were plans for a tour, is this correct?

BM: Well we are talking about touring but we have no solid plans. We just finished our video for the song "WIGGA" and from there it's anyones guess. I would love to do a tour but it comes down to making it happen.

M.O.D. never recorded a live record, will there be a live CD? There will be some live footage at the re-releases - I know - but I mean a full concert on CD. M.O.D. has enough good songs to create a great setlist!

BM: I really don't see a need to make a live M.O.D. record. I would rather give the fans new material than giving them something that they can bootleg for free off the internet. But I could come up with an amazing setlist.

BM: We just finished our video so anything is possible. 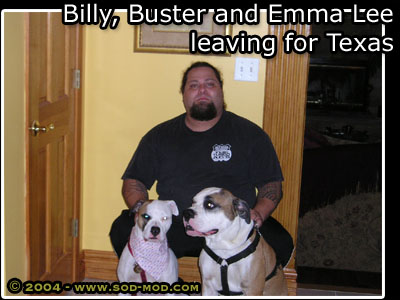 Recently you re-located to Texas. You had lived there before, went back to New York and now you're in Texas again. What made you decide to leave New York again?

BM: I have to be honest about this. After the 9-11 attacks you would think that people would have learned to be more nice to each other, instead the tension is so thick in NYC you can slice it with a knife. I originally moved back to NYC from Dallas Texas when my mom got sick and when I moved home we got attacked on September 11 that was 7 days after I got home. So the whole dynamics of NYC changed after that. The music scene suffered tremendously and there was no Production work for me. That is my bread and butter when I am not touring. I honestly had enough of the bad attitude in NYC and to top it off, these Arab fuckers think they can talk shit about America and no one is going to say or do anything. Well I was the one guy who had enough. So I packed up and moved to Austin Texas. Now I got as gun to match my big balls.

Is Texas a better place for a musician than New York?

You told me once that you would start a new band with Scott Sargeant, when you had moved to Texas. Is this still on? Or is it too early to talk about that? You want to do an old school thrash/hardcore band right?

BM: We are deffinately doing a new band. I'll talk about it in the future.

What else will you do, besides starting a new band?

BM: Well, I am producing and helping as many bands as I can get involved in the music scene. It is my duty as a successful musician to help others out and give them the best advice I can give them. 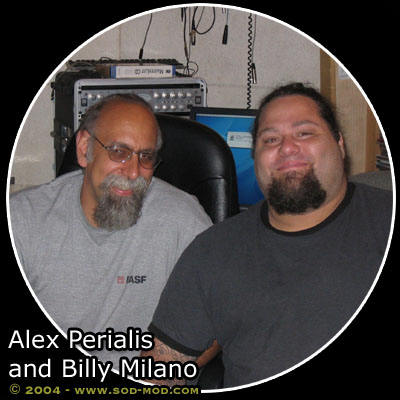 A short while ago there was a message at your Messageboard and at Blabbermouth that Scott Ian allowed you to release another S.O.D. live DVD/CD set. Who came up with this idea? And why did Scott have to give you his permission?

BM: Simply put - The last DVD "Kill yourself the movie" sucked - It was the last straw for me with those guys. It was such a wannabe Pantera ripp off that it was embarrising. Scott put that together and you know he is in love with Dimebag or something. It wasn't my idea. I wanted to put together a 20 year anniversary dvd for the fans which will have some much stuff in it that it is the final Finale to S.O.D. and a tribute to the best fans in the World. Scott had to give a sign off because it has video footage he shot and owned.

Will the CD and the DVD be released together as some kind of box-set, or separately?

BM: The new 20 year anniversary DVD that I put together will contain a live record from a vintage show as well as a ton of slamming footage, interviews of ME, Alex Perialis, 2 actual videos of S.O.D. classics and a ton of mini concerts from all over the world.

What will be released first then, the CD or the DVD?

BM: They are going to be released in the 20th anniversary package together.

Tell us more about the DVD. Is it finished already? And will it be released worldwide at the same time?

BM: The DVD is done and will be released worldwide next year. It has a live concert, funny shit in between the songs, I introduce each member of S.O.D. and even wrote new music to introduce them. It is a very funny video and more importantly, It Crushes the Killyourself the Movie. 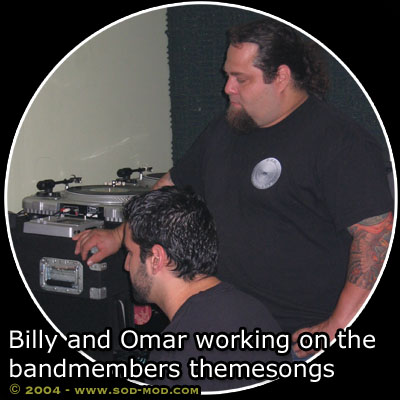 Together with the release of the DVD, a new website will be launched, right?

BM: Well I am putting up a website that the fans can enjoy and get some history about the band on it. It is not going to have anything on it other than S.O.D. stories and relative material. It is NOT my site and NOT an Anthrax site and NOT a Nuclear Assault site. IT IS THE OFFICIAL SOD SITE!!!!!

Why have you chosen not to use the old domainname: www.stormtroopersofdeath.com? When will this new official website be launched?

BM: First of all some Anthrax Fan boy owns it. So rather than deal with someone else I felt why not do a new name. www.Sgt-D.com  is the site and it says it all. I am lauching Christmas eve 12:01 am.

I'm also very curious about the forthcoming S.O.D. live CD. Is this also something we can expect this year? Will it be some kind of compilation CD with livetracks from different shows on it, or do you have a full show available that will be used? Something from the 1999 'Killith Fair' tour? Or even newer stuff from 2000? Tell us all about it...

BM: Well the CD that is in the DVD box is a vintage bootleg concert from 1985. We actually bootlegged the bootlegger. Haha. But there is an entirely different show coming out from Seattle and it will contain:a live concert, 4 studio bonus tracks, as well as a surprise.

BM: It's done after this, but at least the fans win with what I have put together.

Thanks for your time! Is there anything that you want to add to this interview?

BM; I actually want to thank you for having a website dedicated to S.O.D. and M.O.D. It's people like you who make it all worth while in the end and I also would like to thank everyone who reads this for Supporting S.O.D. - M.O.D. - BillyMilano.com and this website. Cheers. Milano