First question: are you still a member of M.O.D.?
Scott: Well....I guess not. Thanks for letting me know.

How did you get involved with M.O.D.? You joined the band after the last record ‘The Rebel You Love To Hate’ was released, right? Did you know Billy and/or M.O.D. before?
Scott: Me and Bill have been friends for years. (Til now). I was looking for a gig and he was looking for a bassplayer... wah-la 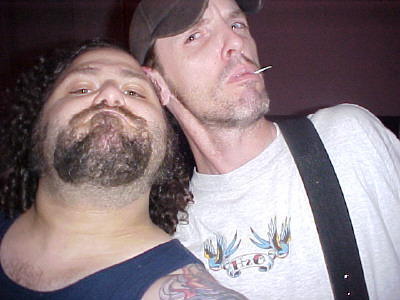 You started as bassplayer in M.O.D. and did a couple of shows with Joe Affe (guitar), Danny Burkhardt (drums) and of course Billy Milano (vocals). How many gigs did you do as a bassplayer?
Scott: The most part of my involvement with M.O.D. was as a bass player.

At some point you switched to the guitar. Why was that? Fill us in please.
Scott: I played guitar on the last U.S. tour because we didn't have one after Jon left to become the inventor of the first ever 10,000 foot rollercoaster and war jeep mechanic. And i was also sick of playing two strings. M.O.D. bass lines are like stone wheels....very basic and dumb.

The last tour you did with M.O.D. (June/July 2005) was called the 'Killith Fair Tour'. It was your first real tour with M.O.D., please tell us all about it.
Scott: The tour was cool....playing with Mike and Houston was fun. Of course playin' with Bill is fun. He talks a lot... and that allowed me time to drink more. Which is what you need to do when you're in a band with Billy.

The tour was cool.... it gave us a chance to really get close with the M.O.D. fans. Small venues and all. The M.O.D. fans are great. They really love Bill and that was good for the rest of us to escape and drink. He is the man of the hour you know. We're just the band. Which I know sounds like I'm being modest, but I really just couldn't stand them for the most part. I felt that I would become a stupider man if i hung out to much. 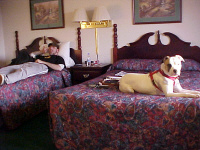 What is your favourite moment of your last 2 years with M.O.D.?
Scott: Hangin' with Billy and the pups...and the goonie episode.

What was your favourite M.O.D. line-up that you were in as well? Which guys did you enjoy performing with the most?
Scott: I liked them all... but the first one was all comedy. Joe and Cuzzie were killin' me. The line up with Jon was funny too... but mostly because Jon was so retarded.

What is your favourite all time M.O.D. line-up?
Scott: Gross Misconduct.

Before you joined M.O.D. you played in several other bands as well. Could you tell us which bands? And what instruments did you play in these bands?
Scott: Well I'm a guitar player. So all the bands I played with was guitar - Laaz Rockit, Killingculture, Skinlab.

What kind of (bass)guitars and gear do you usually use?
Scott: ESP guitars and Mesa Boogie.

Just like Billy, you also recently moved. Billy went back from Texas to New York, you left Texas as well. Where do you live now and why did you leave Texas?
Scott: I moved back to my hometown of San Francisco. This is the place I always come back to. I love it.

From what I’ve heard, Billy and you were actually planning on doing a new band. But according to Billy, dedicated musicians were hard to find. Is the fact that you both live at totally different areas also a reason that this new band is over already before it even started?
Scott: It's not over til the fat man sings... and Billy hasn't sang a word yet. 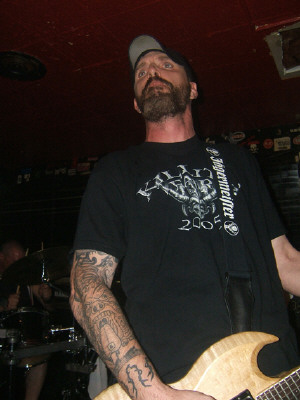 Are there plans to do this new band maybe at a later time? As far as I know you had written a couple of songs already.
Scott: Like I said... the fat man sings.....

At this time Billy is writing new material again with original M.O.D. guitarist Tim McMurtrie for a new album. Personally I think that is great, but what is your view on this? Wouldn’t you rather be writing new material with Billy for the next album?
Scott: Of course.....but Billy is scum. I reallly hate him now.

Are you currently jamming with other musicians or bands?
Scott: I'm workin on something that will hopefully get me out of the whole metal scene... I'm sick of all these fuckin' idiots. Not the musicians, just the fans.

What are your plans for the near future? Can we expect you to perform or record with a new band in 2006? Or are you going to do some producing maybe?
Scott: I will always be around. In some way. As long as I'm happy and physically able...I'll be around.

A few short questions now...
Bassguitar or guitar?
Scott: Guitar.....bass is for idiots.

Touring or recording?
Scott: Touring if it's not with M.O.D., recording if Billy wasn't such a scum.

Best band ever?
Scott: Led Zep......every record is a classic. 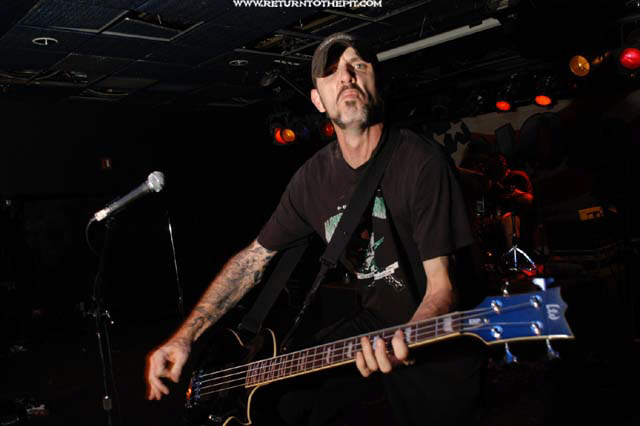 Please give your reaction on the following people that you played with in M.O.D... First, Billy Milano.
Scott: Great dude, asshole, good cook, mental, honest, very smart, watches too much t.v, rapist. I love the prick.

What is your favourite kind of music to listen to?
Scott: Classic rock, fusion.

What is your favourite kind of music to play?
Scott: Rock.

What is the last CD that you purchased?
Scott: Ozzy bootleg with Randy....sometime in '82.

If people want to talk to you on the internet, where can they find you? Do you have a website, are you on MYSpace or on messageboards?
Scott: Myspace is good. Just put in Scott Sargeant formerly of M.O.D .Thanks Bill.

Any last words to the readers of www.sod-mod.com?
Scott: I just want to thank you all for letting Billy have a life outside of eating and walking his dogs. It really means alot to me. 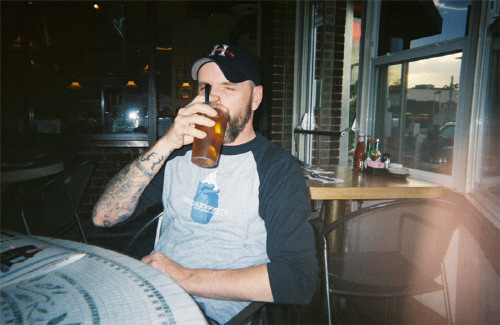